15 Most Popular Free Software I Am Thankful For

Today, we are going to say big Thank You to everyone who support us, appreciate us, love us and always be there for us when we need them. So, how can we forget those that makes our computer life easier and did the tremendous work for us. They delivered us those applications/softwares that help us to get the routine work done for our daily use. There are many that we can not count and list down exactly but we are tried to make a list of 15 Most Popular Free Software I Am Thankful For. And Yes! Happy Thanksgiving all of you too…

You are welcome to share other software you would thankful for and that made your life easier. . Do you want to be the first one to know the latest happenings at SmashingApps.com just subscribe to our rss feed and you can follow us on twitter as well.

WordPress is a state-of-the-art publishing platform with a focus on aesthetics, web standards, and usability. WordPress is both free and priceless at the same time.

With a large and highly customisable set of key features coupled with a standards compliant interface, phpBB will grow with, and complement your website. With millions of installations worldwide, it is no wonder phpBB is one of the most popular ways to create and support a community. 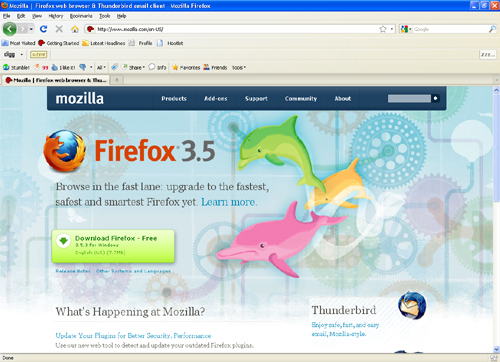 Drupal is a free software package that allows an individual or a community of users to easily publish, manage and organize a wide variety of content on a website. Tens of thousands of people and organizations are using Drupal to power scores of different web sites from personal weblogs to large community-driven websites.

GIMP is an acronym for GNU Image Manipulation Program. It is a freely distributed program for such tasks as photo retouching, image composition and image authoring.

Ubuntu is a community developed, Linux-based operating system that is perfect for laptops, desktops and servers. It contains all the applications you need – a web browser, presentation, document and spreadsheet software, instant messaging and much more. 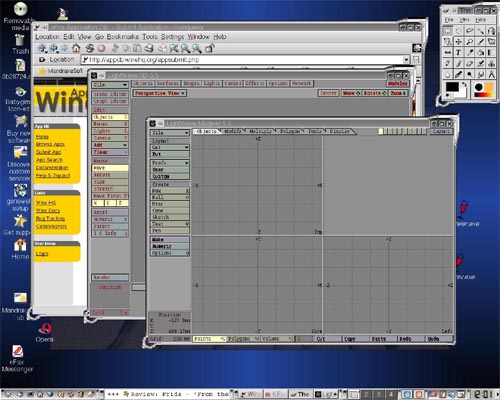 Wine is an Open Source implementation of the Windows API on top of X, OpenGL, and Unix. Think of Wine as a compatibility layer for running Windows programs. Wine does not require Microsoft Windows, as it is a completely free alternative implementation of the Windows API consisting of 100% non-Microsoft code, however Wine can optionally use native Windows DLLs if they are available. 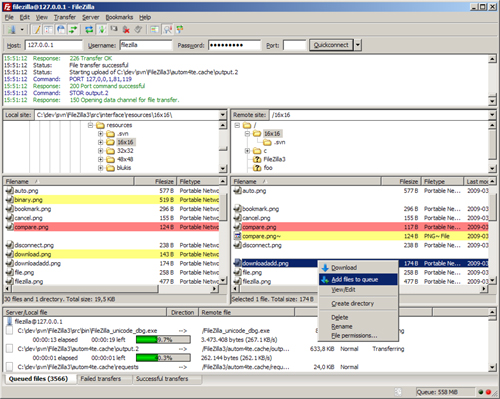 FileZilla is a cross-platform graphical FTP, FTPS and SFTP client a lot of features, supporting Windows, Linux, Mac OS X and more. FileZilla Server is a reliable FTP server for Windows. It has a powerful Site Manager and transfer queue and drag & drop support. 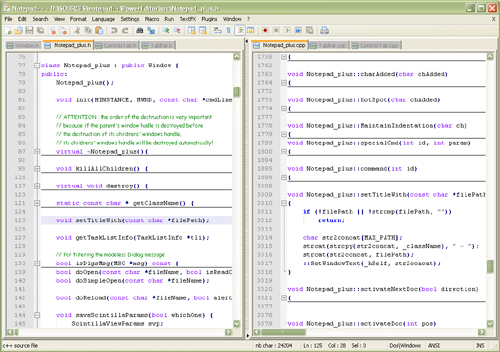 Notepad++ is a free source code editor and Notepad replacement that supports several languages. Running in the MS Windows environment. This is based on a powerful editing component Scintilla, Notepad++ is written in C++ and uses pure Win32 API and STL which ensures a higher execution speed and smaller program size. By optimizing as many routines as possible without losing user friendliness, Notepad++ is trying to reduce the world carbon dioxide emissions. When using less CPU power, the PC can throttle down and reduce power consumption, resulting in a greener environment. 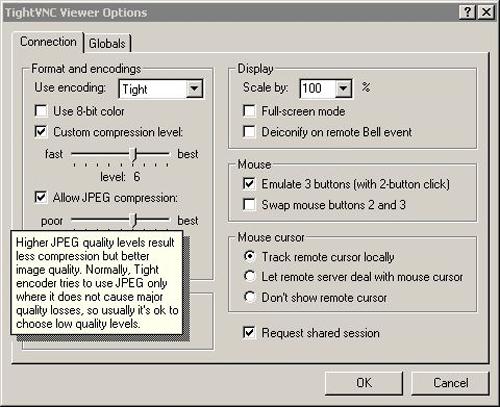 TightVNC is a free remote control software package. With TightVNC, you can see the desktop of a remote machine and control it with your local mouse and keyboard, just like you would do it sitting in the front of that computer.This is a cross-platform, available for Windows and Unix, compatible with other VNC software.

Blender is the free open source 3D content creation suite, available for all major operating systems. It includes tools for modeling – fast subdivision surface and polygon tools, multi-resolution mesh sculpting, metaballs, NURBS, vector fonts, and curves; uv mapping; shaders and texturing – both paint based and node based; ik and fk animation tools with rigging, constraints, skinning, morph targets, drivers, deformers, and modifiers; simulation tools including hard bodies, soft body, cloth, and fluids; and particle systems including hair. Blender has integrated rendering with both its native renderer and the raytracer Yafray as well supporting many external renderers; and python based scripting. 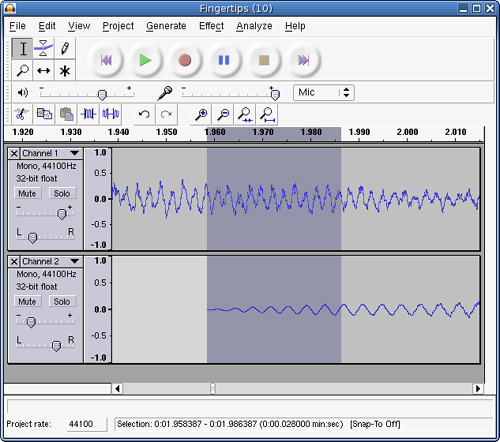 Audacity is a free, easy-to-use and multilingual audio editor and recorder for Windows, Mac OS X, GNU/Linux and other operating systems. You can use Audacity to record live audio, convert tapes and records into digital recordings or CDs, edit Ogg Vorbis, MP3, WAV or AIFF sound files, cut, copy, splice or mix sounds together etc.

BitTorrent 6 is a client that transfers large videos, audios or softwares in a faster and cheaper way. A ‘client’ in this case is a computer program that follows the rules of a protocol. The BitTorrent 6 client will give you access to the world of content on the protocol in a lightweight, fast and reliable package.

OpenOffice is the leading open-source office software suite for word processing, spreadsheets, presentations, graphics, databases and more. It is available in many languages and works on all common computers. It stores all your data in an international open standard format and can also read and write files from other common office software packages. It can be downloaded and used completely free of charge for any purpose.

OpenOffice is the leading open-source office software suite for word processing, spreadsheets, presentations, graphics, databases and more. It is available in many languages and works on all common computers. It stores all your data in an international open standard format and can also read and write files from other common office software packages. It can be downloaded and used completely free of charge for any purpose.

Mozilla Firefox is a fast and powerful web browser designed to run on both Linux and Windows. There are far fewer issues with spyware, adware, and pop ups making it far more secure than Internet Explorer.